Sammy Andrews and the Andrews Rodeo Company Inc. – stock contractor for the Wild Bill Hickok Rodeo for the 22nd year in 2020.

Sammy along with son James, who manages the breeding program, takes pride in producing and raising some of the rankest bucking bulls in rodeo history, such as: Bodacious; Bo’s Excuse and Bo Dippin; Skat Kat Skoal; Tumble Weed; Wild Weed and Little Weed; Erkel and Erks Me; Fender Bender and Red Onion, along with superior bucking horses such as: Roany Wiggles Skoal; Skoals Roly Poly; Copenhagen Omalene and Faded Star, just to name a few.

Sammy’s ability to produce quality stock is well documented with the success of his 1999 PRCA Hall of Fame Bucking Bull – J31 BODACIOUS – with 135 outs and only 8 qualified rides. Retired in 1995, Bo toured state fairs and rodeos throughout the U.S. and even appeared as a celebrity guest at Harrah’s and the Silverton Hotel and Casino in Las Vegas. His career has been featured in Sports Illustrated and GQ magazines and profiled on Fox TV’s Guinness World Records Prime Time. In 2004 Outdoor Life visited the Andrews ranch and filmed a documentary titled “Fearless Bodacious.” The rodeo world lost one of the greatest animal athletes in May 1999, when Bo passed away after complications from medications for a bone infection. Houston Rodeo and Livestock Show presented Sammy with a bucking chute to use as a memorial for Bo’s grave, which remains on the ranch today. The Bodacious legacy continues to live on through his offspring. 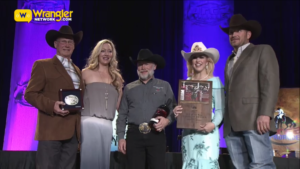 Sammy, as well as the Andrews Rodeo stock, has received numerous awards and recognition throughout the years. In 2008 he was inducted into the Texas Rodeo Cowboy Hall of Fame, in 2009 he was recognized by the Texas House of Representatives, and in 2011 by the Texas State Senate. In 2002 Andrews received the prestigious PRCA Stock Contractor of the Year award and was recognized as one of the Top Five PRCA Stock Contractors for 2000, 2004, 2006, 2007, 2008, 2009 and 2014.

Armed with the knowledge gained from a lifetime of ranching and rodeo experience, including founding and operating Andrews Rodeo Company, Inc., Sammy and James, along with James’ wife, Pepper, and their three children, Summer, Kelon and Alee, continue to contribute to the growth of the rodeo industry and western heritage, raising superior bucking stock and producing exceptional rodeos around the country with their award winning breeding program on their ranch located in Addielou, Texas. 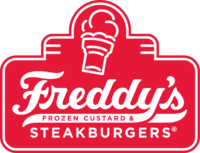